The eighth and final week of the Thoroughbred Idea Foundation’s Summer Prop Contest features props from Saratoga where four graded stakes headline Saturday’s card. TIF Executive Director Pat Cummings has selected the props which will determine the ultimate winners of the contest

A key note to players in contention for the top spots - the tiebreaker for this week’s contest is also the tiebreaker for all final positions too. Currently both Matt Miller and Doug Slayton are tied with 36 correct props while a phalanx of pursuers aim to pull of a big late move as eight players are tied for third with 33 correct. Overall, 26 players have a chance to at least get to 36 and could win the tiebreaker.

In the event of a tie in the overall standings and a player in the mix did not play this week, the advantage will go to the player that did play in week eight.

Here are the props for the final week of the contest

1. In the Saranac (Race 3), will the winner be making their first start in a graded/group stakes race?

2. HEAD TO HEAD: Which horse will have the better finishing position in the Saranac?

Sired by a winner of a Triple Crown race (#2 MAJESTIC STREET, #3 STRETCH THE TRUTH, #7 REGULAR GUY)

4. HEAD TO HEAD: Which horse will have the better finishing position in the Amsterdam (Race 7)?

5. HEAD TO HEAD: Which horse will have the better finishing position in the Forego (Race 8)?

6. What will be the winning margin of the Forego, according to the final published Equibase chart of the race?

7. What will be the final odds for the favorite(s) in the Sword Dancer (Race 9), according to the final published Equibase chart of the race?

8. How many races will Chad Brown win on Saturday at Saratoga?

9. Will any offspring of Runhappy finish first or second on Saturday at Saratoga?

10. Which maiden race at Saratoga will have the higher win return?

12. How many horses bred in New York will win on Saturday at Saratoga (a dead-heat counts as one win)?

TIEBREAKER – used for both any Week 8 ties AND any overall standings ties. 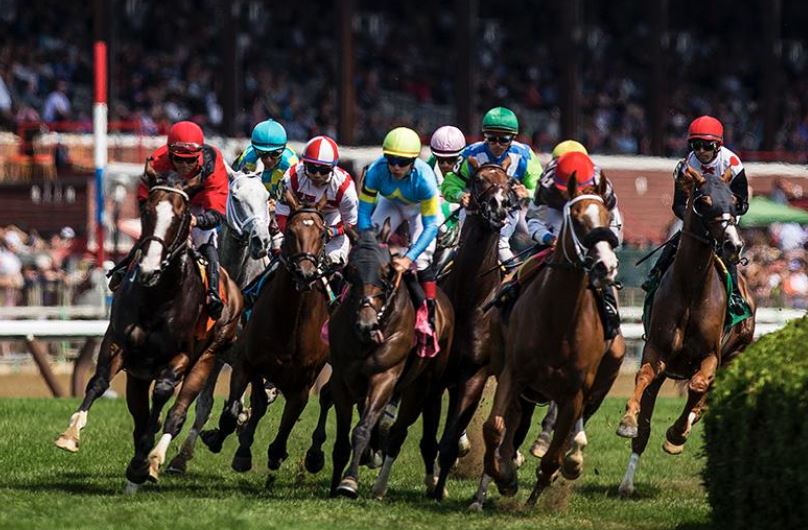