Thoroughbred flat racing in France saw a 35 percent decrease in dangerous riding charges leveled by stewards against jockeys in the second year of operating under the interference rules philosophy known as “Category 1,” it was revealed on Tuesday in Cape Town, South Africa by Henri Pouret, Deputy Director General of Racing Operations for France Galop.

Pouret’s case study was revealed to stewards and regulators attending the International Stewards’ Conference in advance of the 38th Asian Racing Conference.

The Thoroughbred Idea Foundation (TIF) has championed the cause of bringing the Category 1 interference philosophy to North America, publishing “Changing The Rules” in November 2018 and supplementing that paper with “Seeking Transparency” in August 2019.

Pouret, who spoke of the French experience in shifting philosophies when attending the International Harmonization of Racing Rules Committee meeting held in Saratoga Springs, New York in August, offered two years of data to reflect how well French racing has acclimated to the rules system, having been one of the two final major European jurisdictions to make the change (which was concurrently implemented in Germany).  Nearly all of the world’s jurisdictions operate under the Category 1 rules, with the primary exceptions being the United States, Canada and Turkey.

“If our feedback channels are any guide, it is clear customers prefer fewer relegations,” said Pouret.

In its final full year under Category 2, Pouret noted French flat racing saw 42 demotions from 310 inquiries, compared to just eight demotions in 2018 from 206 stewards’ reviews and 11 demotions in 2019 from 194 inquiries. In other words, the total number of demoted runners in two years of Category 1 was down nearly 55 percent from the last single year of Category 2. France holds roughly 5,000 flat thoroughbred races annually.

For comparison, the races run by the three tracks of the New York Racing Association combined for 73 reviews from just less than 2,100 races in 2017 with 19 total demotions. The combined 1,816 races of Santa Anita, Los Alamitos and Del Mar in the same year accounted for 89 reviews and 36 demotions.

France reviewed approximately six percent of all races in 2018, with the American figures from both New York and California in 2017 being 3.5 percent and 4.9 percent, respectively.

Speaking after Tuesday’s gathering, Pouret noted some key takeaways from the experience.

“The overall number of inquiries did not drop as much as you see [in jurisdictions that have had Category 1 for far longer], but that has been somewhat deliberate. Stewards are making it known they saw something and are reviewing it, but the number of relegations is down considerably.”

France lobbied the International Federation of Horseracing Authorities to include a caveat for dealing with dangerous riding incidents in the Category 1 rule-set.

“The number of dangerous riding charges in France decreased from 29 in our first year under Category 1 to 19 in 2019. There were a few high-profile charges early after adoption and jockeys took notice. It has clearly had a deterrent effect.”

The rule as adopted by the IFHA includes the following verbiage to address dangerous riding:

“Racing Authorities may, within their Rules, provide for the disqualification of a horse from a race in circumstances in which the Staging Authority’s relevant judicial body deems that the rider has ridden in a dangerous manner.”

North American critics of Category 1 have frequently cited an unfounded concern that a shift in interference philosophy would yield a more dangerous riding culture. The recorded experiences of jurisdictions to actually make the change has not reflected that, a notable reality check for those fearing change and evolution.

Pouret added that the appeal system in France was expected to get added work with the switch, though the initial rise in appeals experienced in 2018 was tempered in the second year of Category 1.

He added that appeals were successful at a 30 percent rate, overturning the decisions on a minority of cases in the country.

Pouret and his team trained 515 stewards which serve 134 racecourses in the country over seven months from the announcement of Category 1 implementation to the first race run under the rule set, bringing French racing in harmony with nearly all of the racing world.

Perhaps most importantly, customer complaints about stewarding decisions are down substantially.

“Any time there is some element of interference, someone always feels harmed…but our customers have made it quite clear they have embraced the new system. In an annual survey conducted by French betting operator Pari-Mutuel Urbain (PMU), we received a total of two complaints in two years about questionable decisions. It was many, many more under Category 2.”

Pouret cited the French media response to the lack of a demotion in the Group 1 Prix du Moulin de Longchamp in September which featured a tight finish between Irish trainees Circus Maximus and Romanised, the latter having suffered interference in the closing stages from the former.

“Paris Turf, the main French racing paper, offered a key editorial that said French racing fans could have seen the result overturned or stay the same given the close margin between the two horses, it could easily have gone either way. But they stressed the Category 1 system prevents unfair demotions and creates a far more predictable outcome for punters in case of an inquiry.”

By no respect does this mean everyone would be accepting of a shift, but the French experience is a useful guide to a potential North American adjustment.

The Alcohol and Gaming Commission of Ontario, the province’s racing regulator, is considering the change and recently concluded a public consultation period. While details have yet to be released, TIF Executive Director Patrick Cummings cautions that results might not necessarily be clear.

“The Racing Officials Accreditation Program conducted a survey in early 2019 which reflected some incongruity amongst survey takers, and such behavior could easily be reflected in the results seen by AGCO, and we have alerted them to this prospect.

“Overall, respondents to the ROAP survey, which numbered more than 500, suggested they wanted greater consistency in stewarding but also wanted to remain with Category 2. Those two things cannot co-exist, and is at the heart of the push for a change to Category 1. By its very nature, the rule which require stewards to interpret if a foul ‘altered the finish’ yields inconsistent outcomes, that is Category 2. The Category 1 alternative asks stewards to make a more straightforward interpretation – if the interference had not occurred, would the aggrieved horse have finished ahead of the interfering horse?

“Adopting Category 1 not only standardizes the experience for customers around the world, a clear benefit considering the globalized participation from bettors, but would present customers a rationally explainable decision. As it stands today, North American stakeholders suffer from decisions that defy logic – a horse checking a half-mile from the finish could yield the demotion of a 30-length winner. While it might sound outrageous, but it’s totally plausible under our current system.” 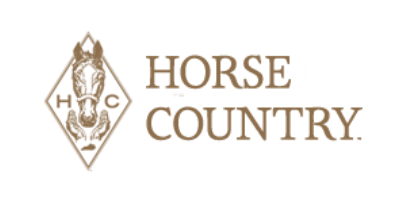