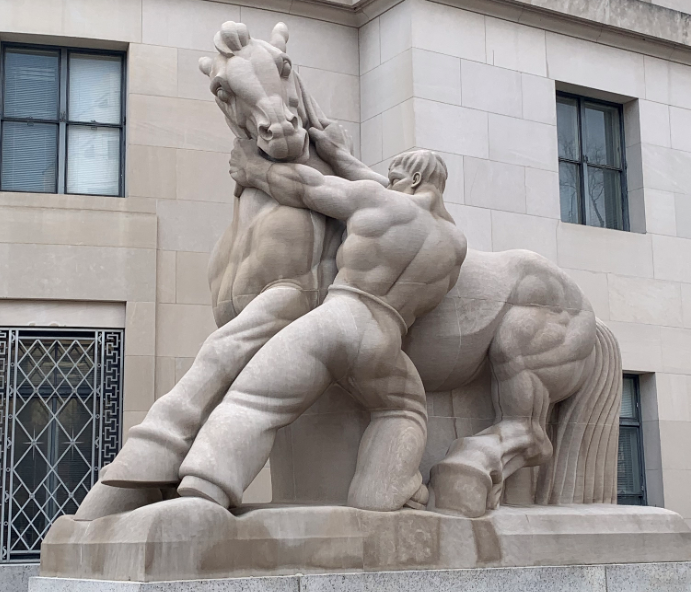 The Thoroughbred Idea Foundation (TIF) will launch “Wagering Insecurity,” a multi-part series which will examine the current state of oversight of North American Thoroughbred racing and wagering, beginning Tuesday, April 13.

In the aftermath of the infamous “Fix Six” at the 2002 Breeders’ Cup, the American racing industry pledged millions of dollars to improve the monitoring of pari-mutuel betting and create a central office to oversee wagering security. While plenty was spent, the oversight never materialized. Vulnerabilities still exist, late odds changes impact many races and transparency is nowhere to be found.

TIF believes improved measures of integrity will boost customer confidence, which will lead to increased participation and puts racing on a path to a more sustainable future.

Customer confidence is crucial to any business, especially gambling, but North America’s racing industry has done little to instill it over the last two decades.

“Most tracks, confronted with a wagering integrity issue, would either bury the information or bury their heads in the sand and it would never see the light of day. That’s not every track across America, but the majority would not want to make public any information that would question the integrity of wagering on their product.”

In 2005, when speaking of the racing industry’s post “Fix Six” efforts to upgrade wagering oversight which eventually failed, then Del Mar Thoroughbred Club President Craig Fravel acknowledged the track operators might fall short of the mark.

“We [track operators] are a little suspect because we are maybe overly confident at times. I think to allow customers to have sufficient levels of confidence in us, we have to not only demonstrate we are capable of reviewing things, but that there is a sufficiently independent and authoritative organization out there than can be the ultimate arbiter of those kind of decisions.”

Such a group still does not exist.

The Thoroughbred Racing Protective Bureau (TRPB) is North American racing’s only provider of any wagering oversight, but the group has been defunded over years and is not independent. It is a wholly-owned subsidiary of a consortium of North American racetracks.

The TRPB provides member tracks a platform to monitor wagering on their own races and assist them when needed. The tracks essentially monitor themselves.

Given the consolidation which has taken place in horse racing over the last 20 years, tracks control most of the levers of the greater business. They own most of the online betting platforms which process the majority of bets on North American racing, known as ADWs. They own two of the three main tote companies which handle most betting activity. One conglomerate even owns at least part of a major off-shore rebate shop whose few customers account for an enormous amount of total handle.

Tracks fund the TRPB, which was once called horse racing’s own “little FBI,” but has seen its policing functions largely reduced. Horse racing may have been described once as “the best policed sport of all,” but that has changed.

“It was an erosion, over time,” Paul Berube told TIF of the TRPB which he ran for nearly two decades after working as an investigator with the group for another two decades before that.

“Today, there is no national unity, but in the heyday of the TRPB, that was our strength.”

Despite several attempts from TIF, the TRPB’s Executive Vice President Curtis Linnell declined the opportunity to answer questions for this series.

While the TRPB has taken on an almost invisible profile to most bettors, there is an unexpected group which has started paying more attention to North American racing,

Unbeknownst to most American horseplayers, a large bookmaking market has emerged in Europe offering fixed odds bets on North American racing. Total handle is believed to exceed $1 billion annually. Contracts enabling these relationships are often facilitated by XB-Net, a subsidiary of 1/ST, formerly the Stronach Group.

Bookmakers have their own monitoring group which examines wagering on all sports, investigates suspicious wagers and raises alerts to regulatory authorities with whom they have information-sharing arrangements. For the first time ever, they identified suspicious wagering on U.S. races in the fourth quarter of 2020.

According to Matt Fowler, Director of Integrity at the International Betting Integrity Association (IBIA), the recent alerts on U.S. races go “well beyond just an unusual betting pattern or unexpected price movements.”

European fixed odds betting operators are identifying activity involving U.S. racing that should be concerning to all U.S. racing stakeholders. Where is the American oversight on American races?

At present, there is no reporting relationship between European bookmakers and any American counterparts, the TRPB, North American track operators or regulators. For now, the findings will inform bookmaking decisions but not the patrolling of American races, where parimutuel handle vastly exceeds bookmakers.

A world-wide market requires world-wide supervision. The TRPB is the closest thing North American racing has to self-regulation, which is fine…until it isn’t.

What we have now is insufficient.

Racing on the continent in the 2020s is run with an integrity infrastructure better suited to the 1970s and a business model from the early 1990s. The oversight measures for the races themselves and their wagering systems have degraded over time. Racing’s integrity infrastructure is falling farther behind that of the rest of the developed racing world, where more robust monitoring of all markets is far greater, transparent oversight is commonplace and customers are far better protected. Examples of these modern steps are plentiful throughout the series.

Improvements to racing’s integrity infrastructure will improve customer confidence, increase participation in the sport and lead to a more sustainable future.

Notably, the new Horseracing Integrity & Safety Authority (HISA) must include elements of bet monitoring to its practices once launched.

Global sports and racing integrity expert Jack Anderson of the University of Melbourne, who was the keynote speaker at the University of Arizona’s Global Symposium on Racing in 2018, highlights several key points throughout “Wagering Insecurity” which support this conclusion.

“The prevalence of doping in a racing jurisdiction may also be reflective of weaknesses in that racing organization’s race day operations such as:

- stewarding and standards of veterinarian oversight,

- lack of capacity in intelligence gathering on and knowledge of industry participants,

- vulnerabilities in the licensing and registration of industry participants,

- and the ability of the racing organization or jurisdiction to punish misconduct by        industry participants.”

The role of HISA can and should go farther than its more commonly understood functions which have dominated early dialogue around it – namely its racetrack safety and anti-doping and medication control programs.

The legislation which established HISA empowers much more, declaring that HISA shall “exercise independent and exclusive national authority over the safety, welfare and integrity of covered horses, covered persons, and covered horseraces.” The definition of covered horseraces includes those with interstate wagering and ADW account betting.

TIF makes several other recommendations in the series related to adopting modern, transparent best practices, many of which are in place in other racing jurisdictions and sports. Significant upgrades are possible and, fortunately, the proverbial wheel does not require reinvention.

The opportunity for significant reform is real, lifting the standards of North American racing like never previously considered and importantly, rebuilding confidence in racing’s voluntary participants – horseplayers and horse owners.

“TIF’s advocacy has focused on improving the business for horseplayers and horse owners as their participation in racing fuels everything,” said Craig Bernick, President and Chief Executive Officer of Glen Hill Farm and founder of TIF. “We need confidence in both groups to sustain the industry, and as the various installments of the series will reveal, it is frightening just how far behind we are in protecting customers.

“Industry consolidation of track operators, technology companies and other service providers has not improved the sport,” Bernick added. “As we move forward over the next two decades, racing needs to compete for customers. Meaningful integrity controls and better pricing are needed to meet the expectations of modern bettors. Right now, we are falling woefully short and present an increasingly uncompetitive wagering offering.”

TIF's Board of Directors established the Wagering & Integrity Issues Steering Committee in July 2020, which was instrumental in the development of this series.

Patrick Cummings, TIF’s Executive Director, said: “We are incredibly appreciative of the dozens of current and former racing and gaming industry executives as well as regulators from North America and abroad who provided so much insight, both on the record and for background in this series.”

“This project pulled together many pieces that have not been connected previously, and I believe readers will walk away with a much greater understanding of what has happened for the last 20 years, the extent of the threats facing the business and the tremendous opportunity to bring about changes through HISA. We look forward to sharing the various installments in the coming weeks.”

The “Wagering Insecurity” series will be published free at RacingThinkTank.com, linked on Twitter, released to industry press and emailed to those on TIF’s mailing list. Register to receive notifications here. 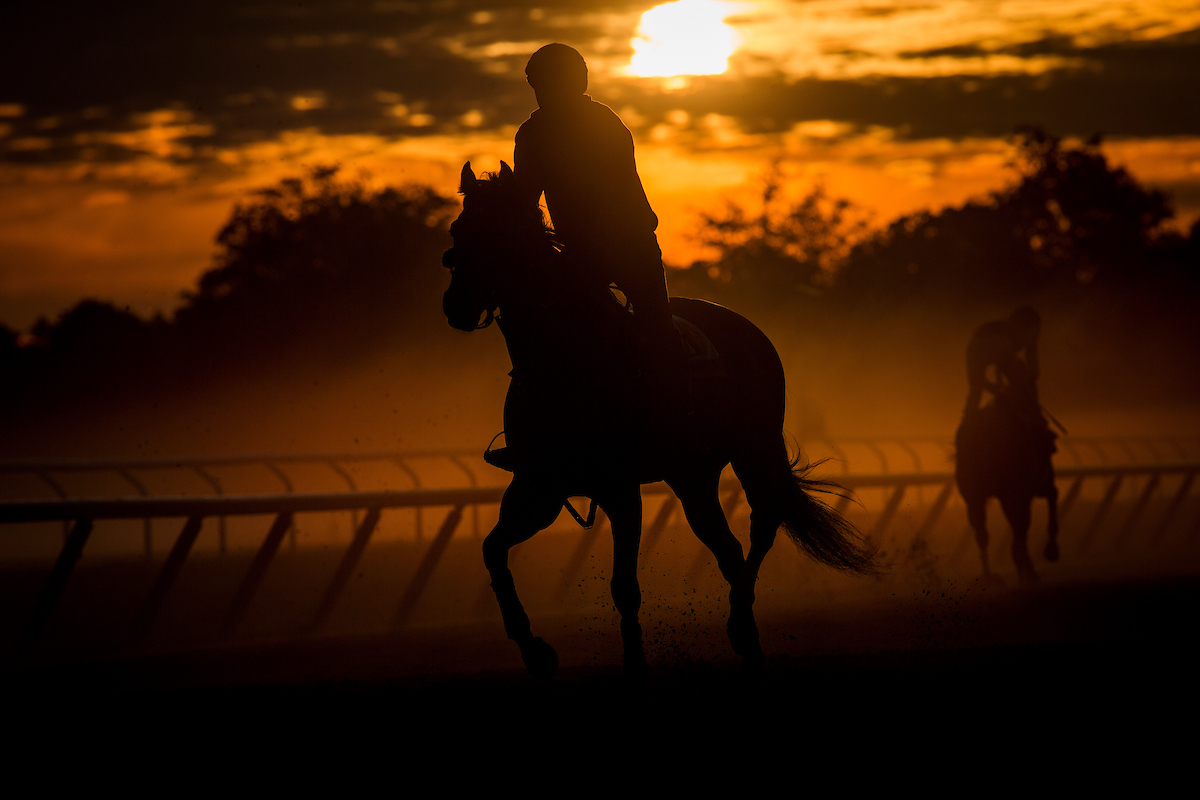