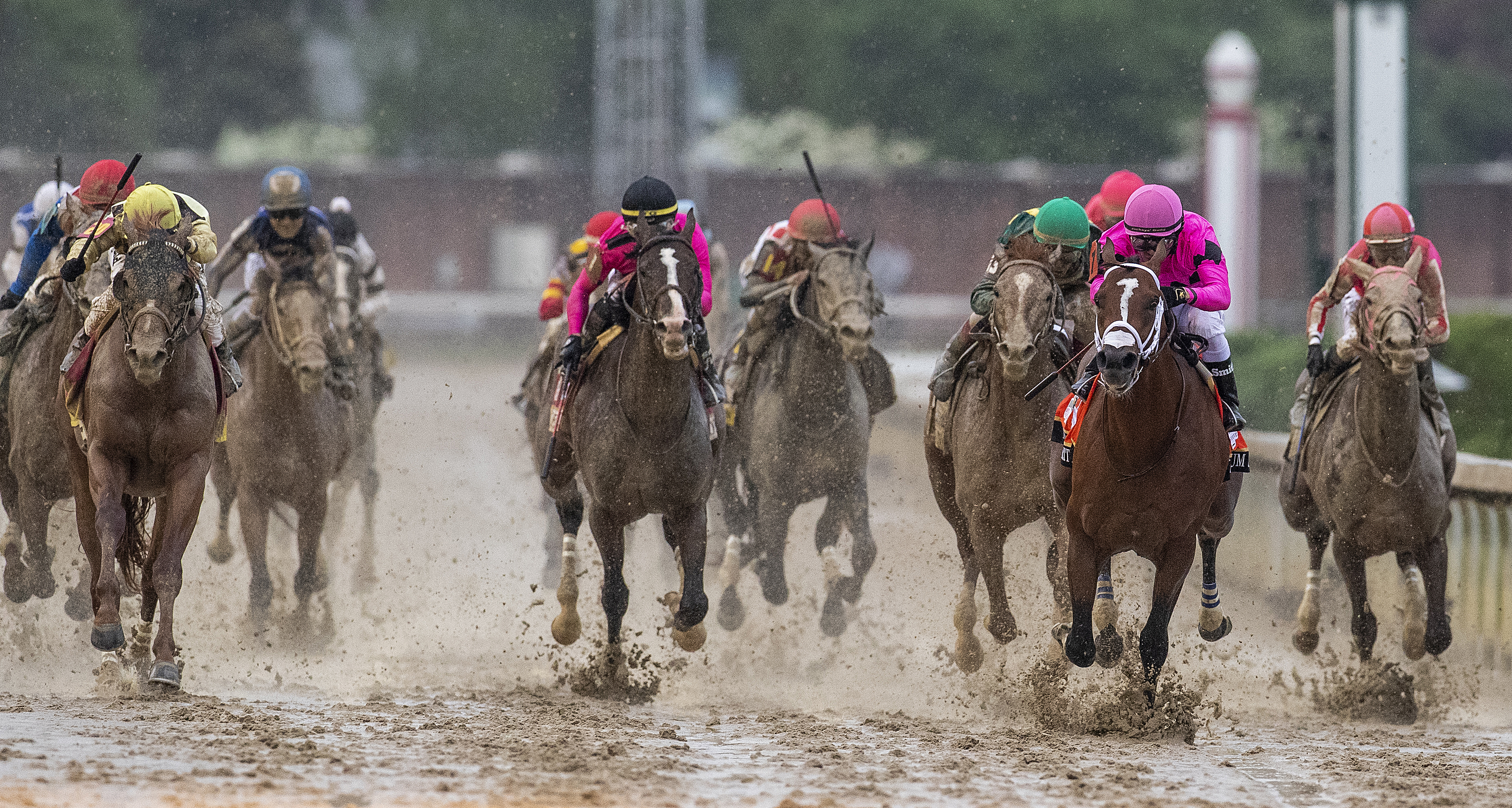 Pari-mutuel wagering – the betting system which dominates North American horse racing where the return on any winning bet is a function of the number of winning bets relative to the total size of the betting pool, less takeout – is subject to various anomalies and oddities.

A horse’s odds to win might be 30-1 on the toteboard, and the horse is regularly referred by bettors and media alike as a 30-1 chance, but when extrapolating all of the money bet on that horse in exacta combinations, for example, could be treated more like an 80-1 chance in that pool. The inverse is also possible – what says 30-1 to win could really more like 15 or 20-1 in the exacta pool.

It’s possible. But it’s not always that easy to decipher on your own, and certainly not in real time. Economist Marshall Gramm identified such figures from the 2019 Preakness (Click HERE to view them via Twitter).

The lack of generally available insight to these betting pools, or the machinations which yielded winning results (ticket structures, combinations, the origin of bettor and what channels they used to place the bet, etc) is just another in a long line of opacity which racing stakeholders have allowed to persist for far too long.

How a bettor won, or how a winning ticket was structured, often yields an interesting story, even if stripped away of any of the identifying features of the bettor.

Consider the stories of winning lottery jackpot players. While a compelling human interest story on its own, lottery operators want the public to know how the jackpot was won – showing that such a score is possible. This is a fairly obvious technique designed to build confidence in the process and integrity measures.

Horse racing in North America could enhance these practices.

And so brings us to compare the superfecta returns from the 2019 Kentucky Derby and Preakness Stakes.

In the Derby, Country House was the second highest price in the win pool at 65-1, or put it another way, the 18th favorite in a 19-horse field (only 71-1 Bodexpress was higher). Code Of Honor, the second placer, was the sixth-choice out of 19 horses at 14-1 while third-placed Tacitus was the third choice and fourth-home Improbable the favorite.

With a 19-horse field and the second-longest price in the race to win, the 2019 Derby superfecta paid less than all of them.

Maybe it has to do with the other horses in the bet? Code Of Honor, Tacitus and Improbable, each trained by Hall of Fame conditioners, were likely used quite frequently on many tickets.

The 2010 Derby is an interesting comparison. Super Saver was the second choice in the race at 8-1, with the sixth and seventh choices, lukewarm each at 11-1 and 12-1, in the second and third spots. 30-1 win chance Make Music For Me was fourth, the 19th choice in the betting on a win line. Yet, the 2010 Derby superfecta paid nearly double what it did in 2019.

War Of Will was the third choice in the 13-horse field, with Everfast next (29-1, 12th choice), then Owendale (7-1 5th choice) and Warrior’s Charge in fourth (12-1, 6th choice). According to Marshall Gramm, the imputed win odds based on the action Everfast was taking in the exacta pool was 71-1, while the double pools suggested he was treated there as a 107-1 chance.

Over those last 15 runnings, at 29-1 in the win pool, Everfast had the second-highest price of any horse to run in the exacta, behind only Macho Again in the 2008 edition at 39-1 behind 2-5 favorite Big Brown.

But the results aren’t always comforting. It helps to know someone is looking out for these things, and ensuring that proper security and integrity features exist to protect customers and instill confidence.

Winning Derby superfecta bettors may feel they got less than they would have reasonably expected in 2019, while those that won in those other notable occasions – particularly 2010 and 2017 – might feel they received more than they expected. Losing bettors look at the 2019 payouts and rightly suggest it seemed low.

It doesn’t mean anything was corrupted or nefarious. But the industry’s lack of explanations in these matters does not leave customers feeling protected – more transparency would.

Big pick six jackpots often yield details regarding the nature of the score. That’s good, and often comes direct from the track. Details regarding the pick six are particularly welcome after the 2002 scandal involving that bet and the Breeders’ Cup. To learn more about that, view this Wikipedia page, which has links to other reports on the story.

Per its website, the TRPB is "a wholly owned subsidiary of the Thoroughbred Racing Associations of North America, [which] operates as a national investigative agency in the horse racing industry. The mandate is to provide integrity analysis & security services for TRA racetrack wagering networks and contracted associations/agencies; and in addition, insure that Thoroughbreds are correctly documented & tattooed so the public confidence in the identity of the race horse is absolute.”

The TRPB has developed a system for racetracks to monitor wagering on its races, called WASP (Wagering Analysis & Security Platform). Mutuels directors, track management and the TRPB are surely using it with regularity. But private use of the system does little for public confidence if you rarely report any findings to the public. To view images of the WASP system and learn more, visit the TRPB website.

Suggestions of past-posting remain frequent, fueled by late odds changes. The situation was well-reported in 2018 when Dwyer winner Firenze Fire saw his price shorten considerably from the last time the odds were shown prior to the gate break and the final price. The Daily Racing Form and Thoroughbred Daily News covered the topic well. Click on the hyperlinks of each publication to read more.

Extreme situations should not dictate when the industry chooses to be transparent - pro-active measures should be considered by tracks as a means to build confidence. When only 0.1% of all tickets bet in the largest superfecta pool of the year are winners, there is much to learn as to how players structured their winning tickets, even if they don’t reflect the full scope of plays from a particular bettor that likely included losing combinations too.

The Breeders’ Cup Betting Challenge revealed all of the plays from their 2018 contest participants – a look into the decision-making process of contestants required to plunge through the windows a minimum of $7,500. View the full PDF document of plays from the 2018 BCBC here.

Technology which would enhance transparency in betting, while also seeking to maximize efficiencies in various pools, is available, though has yet to be adopted in North America. Longitude, a NASDAQ company, provides services to Australia-based Tabcorp and the Hong Kong Jockey Club. Want a probable on a superfecta payout in Hong Kong? The Longitude-powered engine is available to provide that per the player's request, while also showing the top 10 superfecta combinations with a single horse keyed on top or the top 20 overall combinations. Trifecta probables exist too.

There are solutions on the market, and while cost may be a concern for those seeking a technological enhancement, more frequent public interactions between those conducting the races (tracks) and those facilitating the continuation of the races (bettors) would be undoubtedly beneficial. Those interactions are incredibly affordable.

Transparency in these matters yields a confidence-building experience for market participants and observers. Transparent practices should be supported by the industry, and particularly from bettors themselves. There are many factors involved in the long-term decline of wagering on racing. Making adjustments to enhance transparency should be viewed as a positive element to build confidence and participation in those still attracted to the sport. 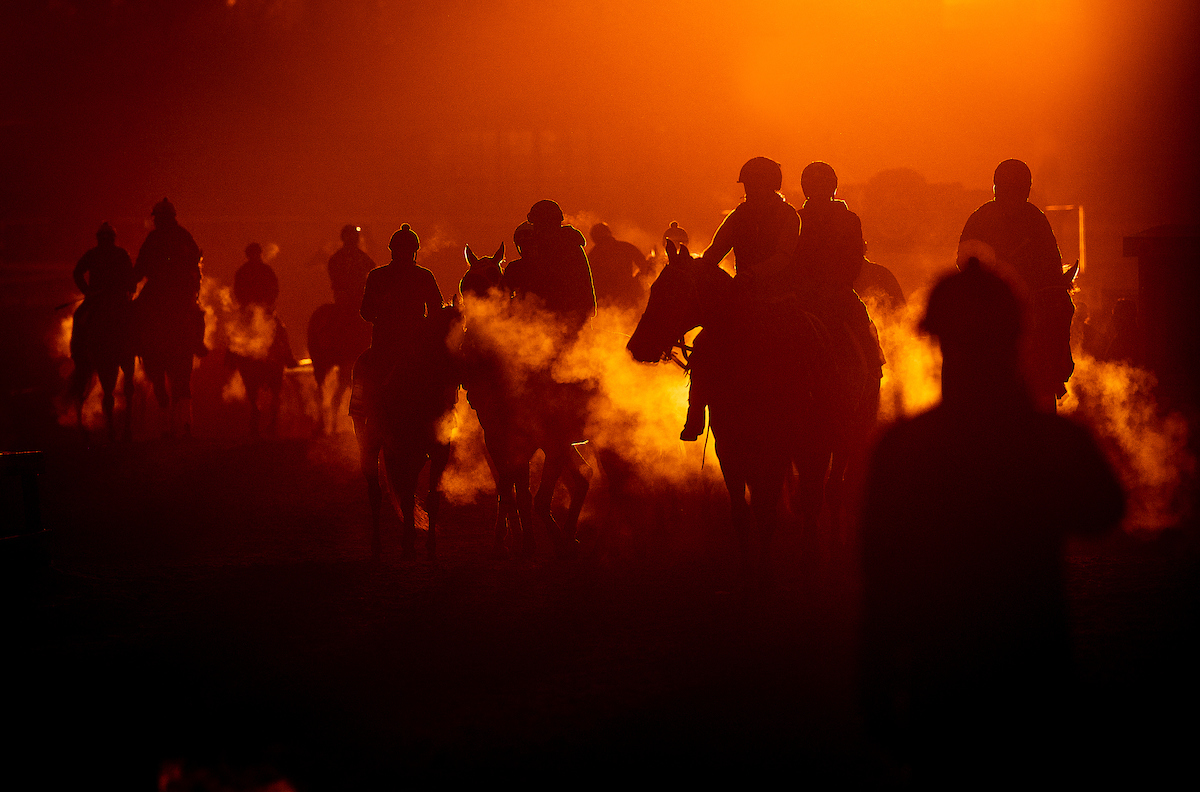