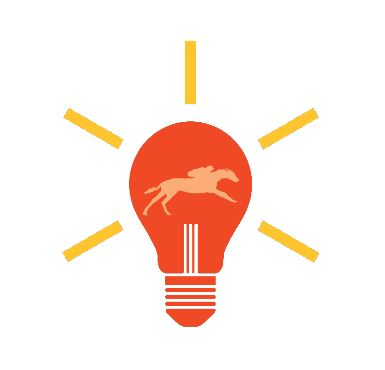 After discussions with many across the racing industry in the last several months, we have come to realize that there are some basic, fundamental issues that are not understood widely. One of those is the issue of takeout. The following primer attempts to offer an incredibly basic and brief introduction to the issue.

Additional blogs will be forthcoming to tackle the issue of rebates for higher value customers and its impact on takeout.

• Takeout in racing is too high.

• Cheaper alternatives to racing are more attractive for the discerning, younger market entrant.

Takeout – the amount of money deducted on every wager – is too high in horse racing. The cost of “putting on the show” in racing necessitates more money being held by the house than in other gambling games. That number now, however, stifles the economic growth of the racing industry by not allowing enough cash to flow back to players, choking bankrolls, driving them towards alternatives that are easier to understand, better priced and offer widely available, inexpensive data. Horse racing’s response to increased competition in the gambling space has been to present the same product while raising prices. Economists agree, if racing were priced more competitively, handle would grow, more players would be attracted to the game and existing customers would bet more.

Advocates of the status quo often note the average customer’s unawareness of takeout as they never see it physically retained, using this as anecdotal evidence that current rates are acceptable. In reality, customers do not need to see it withheld to feel its deleterious effects. Slot machine players don’t know takeout rates either, but a rise in slot takeout would yield reductions in slot handle as churn declines, or as players reduce play given a commensurate decline in winning sessions.

Racing bettors set aside a certain amount for wagering no matter the channel. If that amount takes a player through the entire day, even if he or she loses, they had a more complete entertainment experience than if they went bust midway through the card. Compared to a card game or sports betting, where the end result may still be bust, the customer is more likely to get an evening's worth of entertainment. The higher the probability of a winning day, the more likely a new player is to engage that opportunity again. The path to creating a more serious bettor – in racing or any other endeavor – is in winning and churning.

The stigma once associated with gambling continues to decline as the legality of more wagering options continues to grow. Sharp, younger players interested in the data-driven analyses required for certain forms of wagering should be attracted to what racing has to offer – in theory, racing offers a chance at higher returns than other sports betting. Racing is an educated gambit, not entirely luck-derived, another attractive feature to a potential customer. But when confronted with the high costs of making a racing bet, these potential customers seek alternatives at a fraction of the cost.

The participation of these smaller/newer players enables bigger players to wager more – handle begets handle. The rise in market liquidity creates greater opportunity for professionals to wager more. A robust entry-level market for racing yields more participation from the top end of the market. Professional-level players become annuities for racing, contributing hundreds of thousands to handle every year as long as they’re in the game. Without an influx of money from new players, professionals will bet less, and there will be no new group of professionals to replace them creating a vacuum where there should be a thriving industry. Lowering the cost of racing wagering will result in increased play. It is the most sensible approach to the industry’s current pricing problem.

The Thoroughbred Idea Foundation will release its next white paper later this week. Stay tuned!

#FreeDataFriday - Volume 41 - Golf Betting, Powered by Data, Due to Soar

#FreeDataFriday - Volume 40 - Competition Good For All