Horseplayers enjoy betting on horse racing. Horse owners have enjoyed investing in the racing and breeding of horses. Trainers train, presumably, because they derive some enjoyment from doing so.

While it might sound strange to some, the future of horse racing on this continent may be determined by the ability of horse owners and trainers to better understand horseplayers and act in ways which will improve the sport for the customers whose participation directly impacts prize money.

Most racetracks act as if they don’t care about wagering on racing – they have other fall backs, notably, their casino operations.

What do horse owners and trainers have if racing shrinks and purses are cut by 50 percent or, as could easily be the case in some states, even more?

Horse owners, breeders, trainers and jockeys have “enjoyed” hearty purse supplements and bonuses over the same period of time when tracks were ignoring wagering customers. We use quotes because, at the end of the day, owners are still paying out more than they earn and many trainers are just making ends meet. In some places, the cost of operating a stable has grown considerably and is forcing some out of the business.

The interests of horse owners and trainers could be far more aligned with horseplayers than either group realizes.

There is a growing reason why horse owners and trainers, at least in some jurisdictions, should be more attentive than ever to how racing purses are funded. In some states, purse supplements are in jeopardy and racing may actually need to start relying on wagering on its OWN product to fund the sport.

In Pennsylvania alone, owners, trainers, jockeys and drivers across both Thoroughbred and Standardbred racing in the state have enjoyed more than $2.1 billion in direct purse supplements for prize money. Another $1 billion has gone to breeders’ funds, incentive programs, sire stakes, marketing and administration of racing and more, all as part of the Pennsylvania Race Horse Development Fund (PRHDF), which was capped at no more than 12% of gross terminal revenue from land-based slot machines.

That’s $3.1 billion for racing in Pennsylvania in just 13 years. 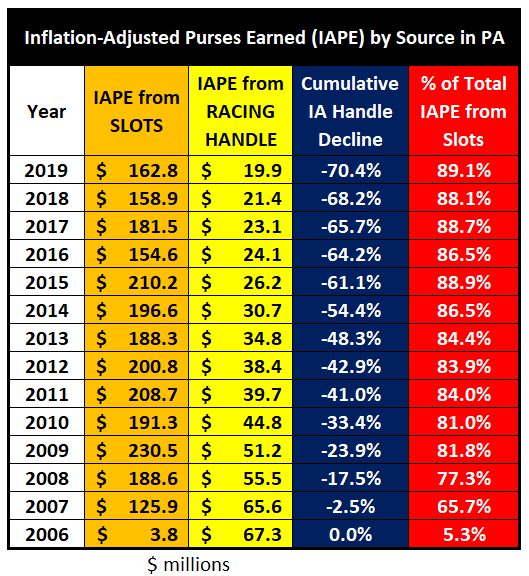 In other words, betting on horses has been nowhere near as meaningful for horse racing in Pennsylvania as betting into slot machines.

That which has been meaningful could be at risk, though, as customer behavior may be changing in the aftermath of the pandemic.

Pennsylvania categorizes online casinos as “interactive gaming,” and to no one’s surprise, betting through these channels increased sharply during the months when brick and mortar casinos were shuttered due to the pandemic.

The result? The PRHDF received its lowest overall contributions from slots play in July 2020 since 2008 (not counting the months of closures), all while total slots play licensed by the state exceeded $3 billion for the first time ever.

One major Philadelphia casino did not reopen until mid-July. Another in Pittsburgh opened in June, closed again, and was back and running on July 10. Yet another wrinkle which makes comparisons fraught with complications – smoking in Pennsylvania casinos is banned due to mask mandate and alcohol sales have been curtailed.

Regardless, the PRHDF, whose contributions accounted for more than 89% of purses earned in Pennsylvania races in 2019, experienced its worst fiscal year (which concluded in June 2020) since the first full year the state had slots in operation, down 29% from the previous period. Of course, the mandated closures of casinos were the direct result.

There are notable concerns with making too many long-term projections based on short-term reactions to highly unusual market conditions, such as those imposed by the pandemic. But with interactive slots now more than a third of all slot play in the state, horse owners and trainers should be wondering if customers are going to return to land-based casinos, in Pennsylvania or other states, once these online, interactive options take hold. As pandemic spending punishes state budgets, will racing be able to maintain its slice of such supplementary revenue without change?

Details released this week of the proposed New Jersey budget were missing subsidies for racing which had been received over the past two years, though Monmouth boss Dennis Drazin suggested it was too soon to sound the alarm. Meadowlands owner Jeff Gural urged stakeholders to contact elected officials.

While track owners in many states have their casino businesses to support them should racing fail, what will horsemen do if that happens?

Horse owners and trainers might not think wagering innovations, pressing for lower takeout, or attentiveness to how horseplayers wager on their races, are items that should draw their focus. The tracks have let this fester over decades while horsemen raced with slots-enriched purses – from Pennsylvania to West Virginia and Indiana to New Mexico and focused endlessly on fights over the permissibility of Lasix.

The $3.1 billion which has been deposited in the PRHDF over 13 years of slots in the state has bought a colossal amount of ignorance about the sport’s most sustainable source of funding – actual wagering on horse racing. The flow of subsidies may be weakening, albeit slowly, the politicians are circling (as was the case in this pre-pandemic attempt at clawing back the generous supplements) and the industry is at stake.

Other racing states are surely not far behind.

There are unquestionable signs that racing needs help, and the value of the sport to the economy and agribusiness is meaningful. But those who populate the races – owners and trainers - cannot ignore its own wagering business any longer.

Tracks have generally neglected improving their wagering product. Horse owners and trainers might not think it is a topic of concern.

It would be wise for them to think again. 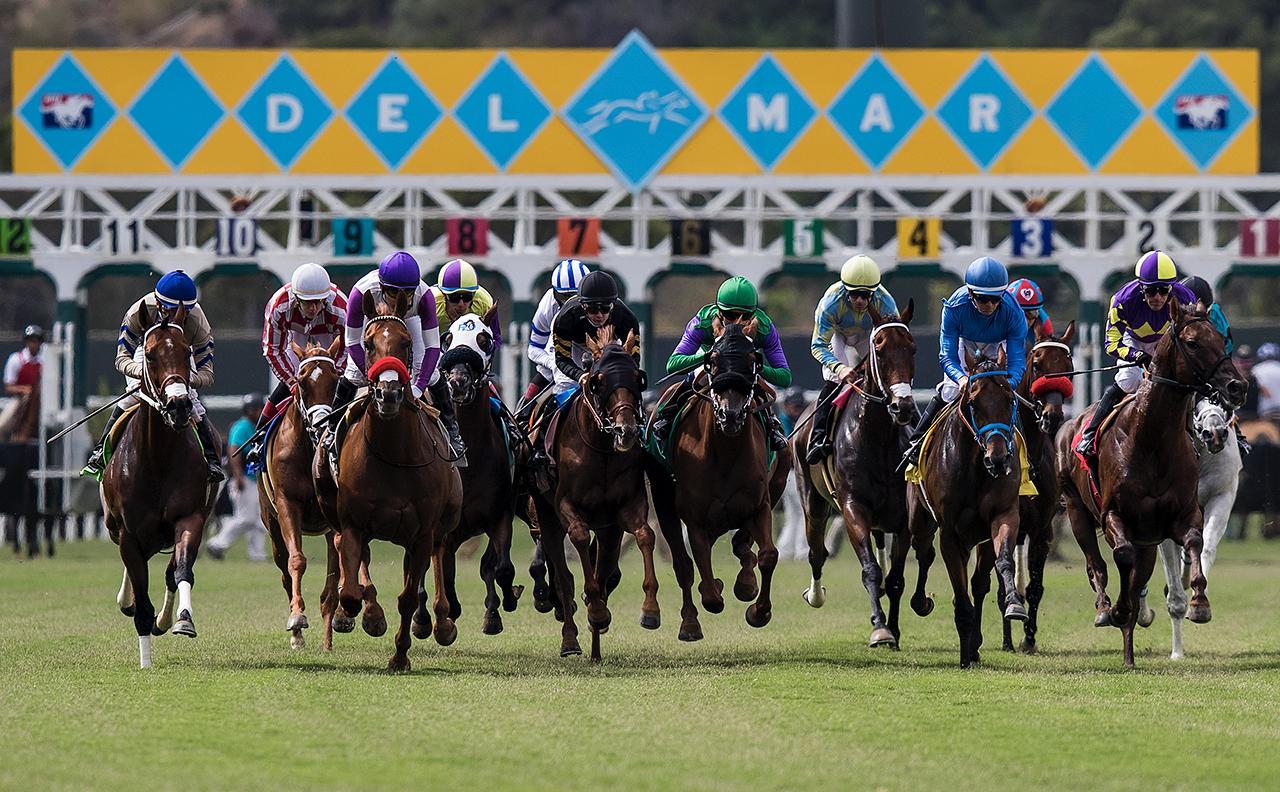